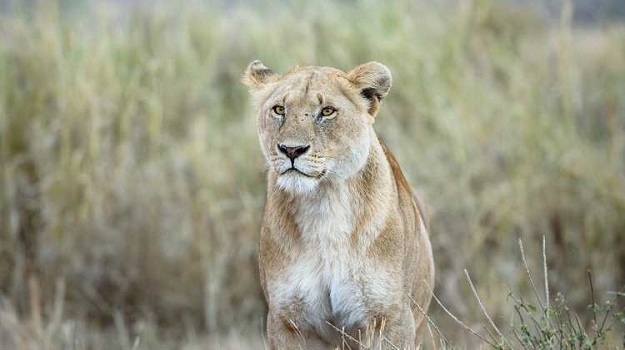 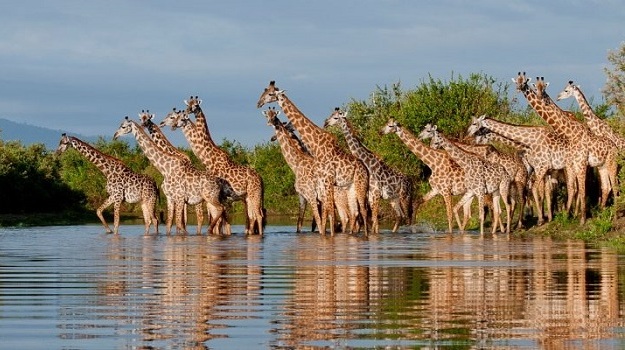 Day 1: Arusha – Tarangire National Park
After breakfast meet your safari driver guide at the lobby and leave for Tarangire National Park with picnic lunch boxes for game drive. Tarangire is the fifth largest National park in Tanzania well known for its beautiful landscape and larger elephant population found nowhere on earth. Tarangire River and the majestic baobab trees dwarfing some animal species which comes underneath are among the highlights of this park. Tarangire – Lake Manyara ecosystem forms a cycle of annual migration of over 3000 elephant, wildebeest and zebras. Apart from elephant population you may expect to spot giraffe, buffalo, zebra, hippos, warthog & the three rare species of Lesser & Greater Kudu, Oryx and the Ash staling. Later drive to the lodge for overnight.

Day 2: Lake Manyara National Park
After breakfast at the lodge, you will be picked up and drive to the Lake Manyara main gate. After completing all the payment formalities check in and begin your game drive to this wonderful park well known for its tree climbing lions and over 400 of bird species, primate-filled forests and grassy plains. A large area of the park is covered by the alkaline Lake Manyara, the seasonal breeding grounds for large colonies of flamingos and many more waterfowls. The park is also home to giraffes, hippos, wildebeests, impalas and groups of noisy monkeys and baboons. After an extensive game drive leave the park in late afternoon and drive to the lodge for dinner and overnight.

Day 3: Lake Manyara – Serengeti National Park
After breakfast, you will travel via the cooler highlands towards the southern Serengeti and at midday you will reach the plains of the Serengeti to Naabi hills gate for check in, (you can have your packed lunch here while checking in), and you are now in Serengeti. After lunch, game drive on your way to the central Serengeti possibly your driver guide will have already known where the big herds of wildebeest migration are located. Sunset game drives on your way to the lodge. This park is the largest in Tanzania and has a diversity of habitats and landscapes – short grass plains, savannah, thick bush, swamps and lakes. Bizarre rock formations called kopjes dot the grassy landscape where predators are often seen. The Serengeti is famous for the yearly migration when hundreds of thousands of wildebeests and zebras trek to find fresh grass and water.

Day 4: Full Day Serengeti
The entire day is spent dedicated to game viewing in the Serengeti National Park. The areas that you visit will depend upon where the migrating herds are. Predators usually follow closely behind the trekking animals and include lions, leopards (in the acacia trees) and cheetahs. During the short rainy season in November and December the herds move from the hills in the north to the plains in the south. During the longer rainy season from April to June they return up north. As the migration is completely dependent on the yearly rainfalls, the location of the herds may vary from year to year but your guide will know where to locate the animals and where to see them best.

Day 5: Another Full Day in Serengeti
Leave the lodge early morning with breakfast box for an early morning game drive in the Serengeti to where the big herds are located; you might spot lots of nocturnal animal coming back after a long night of hunting or a group of lionesses planning a hunt or a hard of buffalo lazily grazing before getting hot. Break for breakfast in the bush and proceed with game drives until afternoon. Take your lunch break at Seronera visitor’s center and afterward a little rest before embarking on your afternoon game drive. Later evening drive back to your lodge before or after sunset.

Day 6: Serengeti – Ngorongoro Conservation Area
Wake up early morning before breakfast; go for sunrise game drive in Serengeti National park. Later return to the camp around 9am for late breakfast, on your outward journey to the park gate, you will enjoy some more game viewing on the way before you leave the Serengeti Park. While check out at the same time embark on the plains bordering the Ngorongoro Conservation area and head to your lodge located on the edge of the crater for breathtaking views over the caldera.

Day 7: Ngorongoro Crater – Arusha
After early breakfast, leave the lodge and descend into the crater floor for about 6 hours of game drive. This massive collapsed volcano is home to over 25,000 mammals ranging from the “Big Five” – lion, elephant, buffalo, rhino and leopard. The area also supports a vast variety of animals, which include herds of wildebeest, zebra, eland, warthog and giant hippos to some of the more than 500 bird species can be spotted in this area. Another big draw card to this picturesque place is its dense population of predators, which include lions, hyenas, jackals, cheetahs and the ever-elusive leopard, which sometimes requires a trained eye to spot. After an extensive game drive, you will leave the crater and drive back to Arusha town.